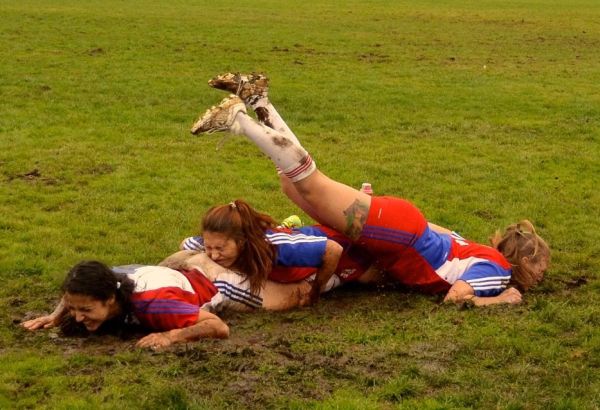 Prague born Kateřina’s lust for life and appetite for experience is inspiring and addictive. She gives off a kind of infectious energy and is an essential drug for the dark winter months of Prague.. AND, she’s also the captain of a women’s rugby team. Check out the interview below to delve into her travels and the growing rugby scene in the Czech Republic. Take a moment to watch their kick-ass promo video too…

What did you want to be when you were a kid?

A journalist or some kind of traveling job. I spent hours on my special little pink chair pretending I was on a train or plane.

What sports did you do back then? How did you discover rugby?

I played tennis for my entire childhood, my mum is a tennis trainer. I wanted to start playing some team sports and being a teenager I also wanted to play a sport that my parents didn’t choose for me. And then I read an article about the first rugby club in Prague. It was very random when I think about it..

You recently went to Switzerland for the European trophy, tell me about that.

We went to the Swiss tournament not to win but to try our best against much better and older teams and get the experience of high level 15s rugby. But we found out that it’s actually possible for us to win after intensive preparation! We trained together just a couple of times before going to Switzerland and that was our biggest problem, especially in the technical parts of the game like in line-outs or scrums where you need to spend a lot of time and training. However, the tournament was great motivation for us and a kick off for (hopefully) a brighter future for Czech women’s 15s rugby.

How do Czechs generally respond to rugby? Is it becoming more popular?

Recently rugby is gaining popularity due to the Rugby World Cup that is broadcasted by CT. Rugby is a very attractive sport to watch and even people that don’t know the rules can watch and learn something. People are usually either curious or totally freaked out when I tell them that I actually play rugby. I usually try to postpone that info until later in a conversation, just because people never look at me the same way after they find out I’m a women’s rugby player. 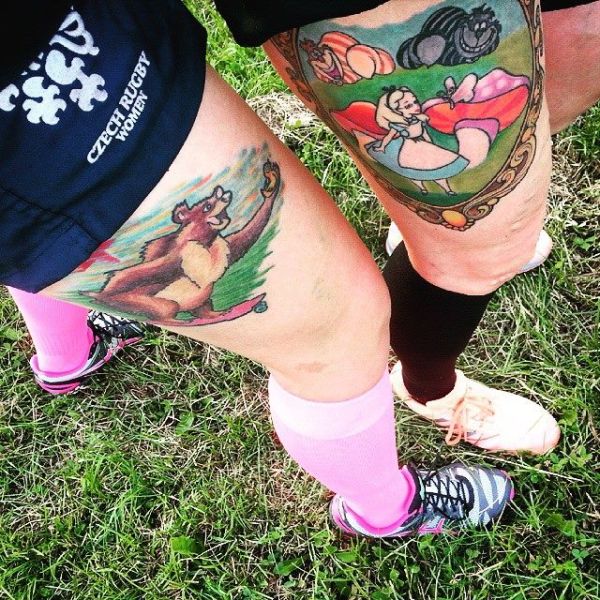 I heard you also studied in the US for some time?

Yes, I studied film production in Santa Monica College and spent two years on the west coast. I had my dream beach life, but it is good to be back in Prague 🙂

Film production sounds cool, do you have a favourite movie?

Hard to say, I don’t really have a favourite, but my favourite book is ‘Tracey’s Tiger’ by William Saroyan.

What else are you currently doing in Prague? Any other hobbies or interests?

I work for an amazing crew of artists at DRAWetc. I don’t usually have time for anything else besides work and training but these things keep me pretty happy. I like skateboarding and spending time with my friends though.

How would you describe Prague in only a few words?

Either The Velvet Revolution in Prague in 1989 or the days I spent laughing with my friends.

Nice choice! What is your favourite word in English?

Asparagus, it feels so good when I pronounce it right. It’s hard to make people have a casual conversation about asparagus though.

What is your favourite word in Czech?

It is hard to choose just one, but one of my absolute favourites is to call someone ‘jantar’ – amber. 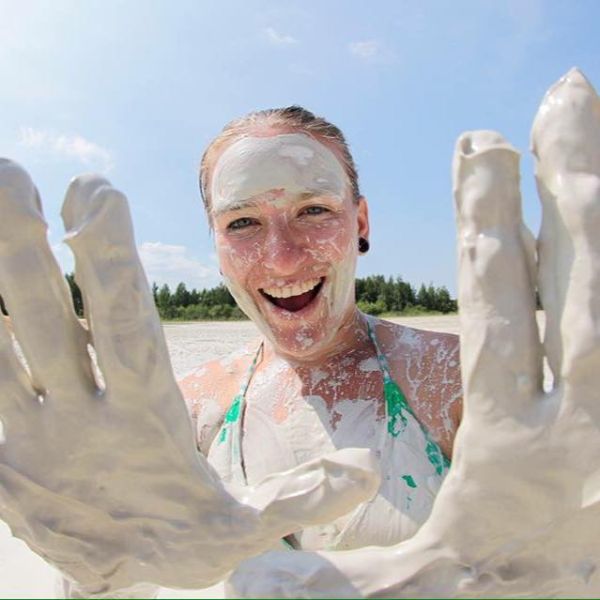